First performed in 2001, Julian - Mystical Revelations is a dramatic work for soloists, choir, organ and instruments inspired by the life and writings of Mother Julian of Norwich. 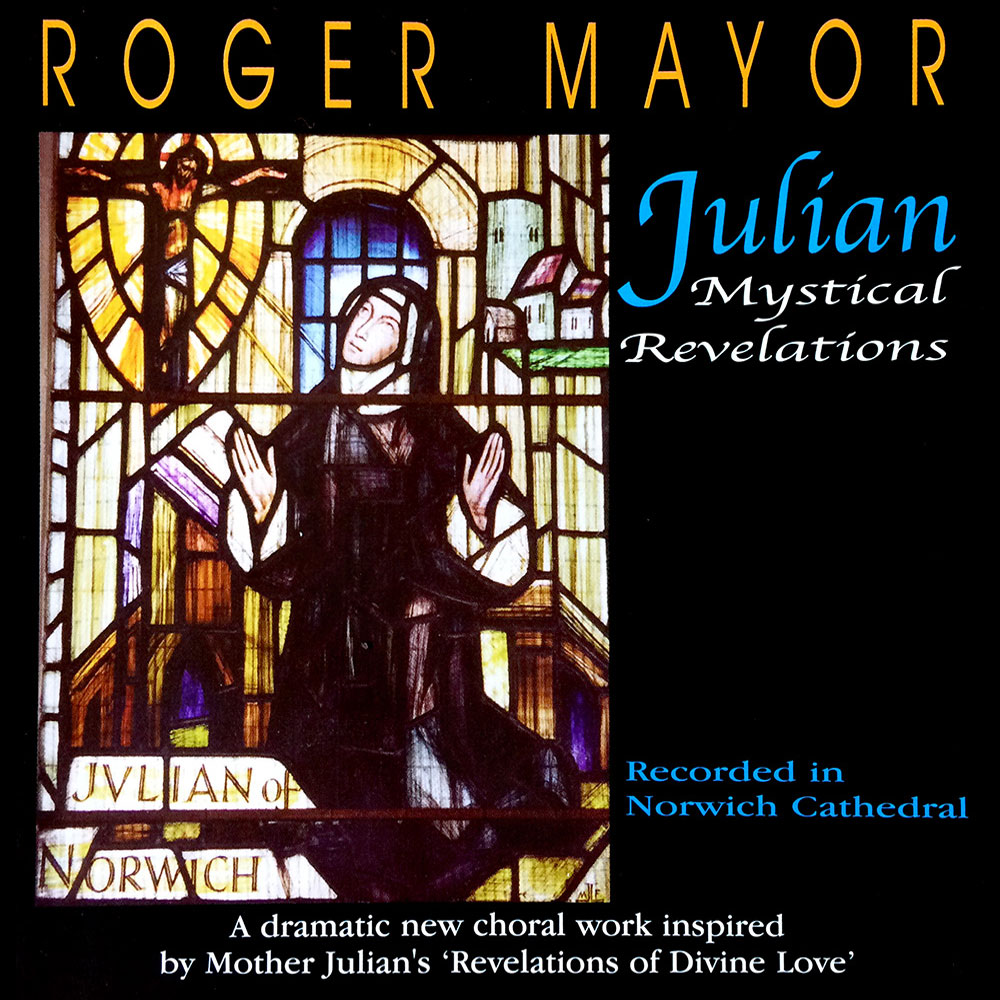 Julian of Norwich lived some 600 years ago not far from Norwich Cathedral where she is depicted in one of the stained glass windows, and in a statue outside the West Door.

She devoted the last 40 years of her life to writing about the events of just one remarkable day, May the 8th, 1373. On this day she experienced startling revelations which she believed were the result of her fervent prayers for certain spiritual gifts from God. These prayers were sharply focused by a near-death experience that intensified the reality of her Christian faith.

Mother Julian's 'Revelations of Divine Love' was the literary outpouring of her soul, recording her prayers and the events that surrounded them. It was the first book written by a woman in the colloquial English of its time. It has ensured her place as one of the most important of the mediaeval mystics.

The substance of Julian's writings has been adapted by Sarah Passingham to form a libretto for my musical ideas, composed over a three year time span. Throughout the writing of the score I have been conscious of Julian's deep faith, the simplicity of which seems to present a highly relevant challenge to the sophistication and cynicism of the present age. I have thus endeavoured to provide an accessible and relatively simple musical structure and style on which to frame her texts, and at the same time drawing on a number of different choral traditions.

The first two performances of the work were in Norwich Cathedral. The first of these was sung by the Keswick Hall Choir conducted by John Aplin, with the part of Julian being performed by Claire Tomlin. This performance was entirely for the purpose of recording the CD, without an audience.

I conducted the first live performance there in 2005, with the Viva Voce Singers and with Susan Kent singing the title role. On both occasions Miles Quick was the organist, bringing out the wide range of sounds and dynamics for which the Norwich Cathedral organ is well-known.